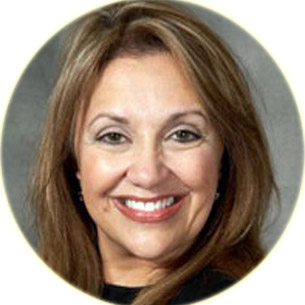 Dr. Rena Vakay received her doctor of dental surgery degree at Georgetown University Dental School in Washington, D.C. in 1982. Upon completion of her dental degree, Dr. Vakay continued her education at the L.D. Pankey Institute in Key Biscayne, Florida and at Creating Restorative Excellence (CRE)/ The Kois Center in Seattle, Washington. Dr. Vakay has achieved Clinical Instructor status at the Kois Center. She also has achieved fellowship status in the Academy of General Dentistry.

Dr. Vakay achieved the prestigious Accredited Status in the American Academy of Cosmetic Dentistry in 1992. She is only one of 4 dentists that are fully accredited in the state of Virginia.

Dr. Vakay served 3 years on the Board of Directors of the American Academy of Cosmetic Dentistry (AACD) and is past- President of their local chapter. Dr. Vakay also served as Chairman and on the Board of Directors of the Association of Contemporary Dental Education for 2 years. Dr. Vakay has served as Program Chairman for the Northern Virginia Dental Society. She received the Media Award for Excellence when she served as Public Information Officer of Virginia for the Academy of General Dentistry.

Dr. Vakay is consistently voted among the Top Dentists in the Washington, D.C. area by Washingtonian Magazine and Northern Virginia Magazine. She was also voted into “The Best Dentists in America” and is listed in the “Who’s Who in Executives and Professionals”. She shares her knowledge and love of dentistry in her lectures throughout the United States and has published several peer- reviewed dental articles.

Dr. Vakay is an active member of the following organizations: What Our Patients Say

Dr Rena Vakay and her staff are truly the best. I have been going to the practice for many, many years and their professionalism is over the top. Long before Covid Centreville Dental Wellness has been top gold standard with office cleanliness. Dr Vakay is honest, bright, top rated and the best doctor I've had the pleasure of working with. The office is always in front of all the new technology. I can't say enough about this practice.

Dr Vakay is THE very best dentist ever. She is the only dentist who uses preventive dentistry rather than reactive. My teeth have never been in better condition. She measures my gums to be sure there is no change or recession every time. She also does beautiful cosmetic dentistry. I am proof!!!

Dr. Vakay and her assistant Christina are true artists. Their cosmetic dentistry skills are top notch. They made 5 new crowns for my upper front teeth and they look and feel beautiful and healthy. They were a pleasure to work with. When I brought to their attention that the color was a little brighter than I had anticipated, they offered to bleach my bottom teeth a second time (at no cost to me). That's true customer service.

I have been coming to Centreville Dental Wellness for 11 years, first to Dr. Judith Thomas and after she retired, to Dr. Jason Abel. My experience here has always been top notch and the entire office staff are professional and informed. I have had a variety of procedures and the office is good at getting me in on short notice, keeping me apprised of financial costs based on what my insurance will or will not cover, and making what could be a stressful time far less so. I highly recommend this practice across the board.

The staff is friendly and knowledgeable and I have never waited more that 5 minutes to get in and seen by either the hygienist or Dr. Vakay. The teeth cleaning is the best I have ever had hands down! My teeth feel and look amazing after having a cleaning at Centreville Dental Wellness Center.

Dr. Vakay's office is Very friendly, detailed and efficient with their dental care! Old school patient service that doesn't exist any more . She is a "diamond ", shiny star!

I have been going to Centreville Wellness for over 20 years. First went there by chance (there was no Yelp at the time), but have continued to go based on quality of work, price and customer service. They have certainly made changes to their practice since I first started going there; all of which were good. Dr. Vakay knows whats going on and how to take care of her patients.

Our family has been going to this dental practice for years, even before Dr. Vakay and Dr. Abel were there. We stayed through the transition because of the wonderful care we received. Everyone of the staff with whom I have interacted have not only been great at their jobs, but cheerful, friendly and kind. I trust both doctors. They combine new technology and treatment with old-fashioned, personal care. I highly recommend the practice.

Connect with Us on Social Media

Note: Mobile message and data rates from your cell phone carrier may apply.