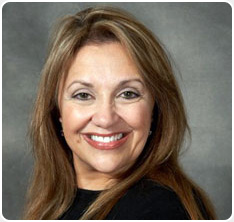 Dr. Rena Vakay received her doctor of dental surgery degree at Georgetown University Dental School in Washington, D.C. in 1982. Upon completion of her dental degree, Dr. Vakay continued her education at the L.D. Pankey Institute in Key Biscayne, Florida and at Creating Restorative Excellence (CRE)/ The Kois Center in Seattle, Washington. Dr. Vakay has achieved Clinical Instructor status at the Kois Center. She also has achieved fellowship status in the Academy of General Dentistry.

Dr. Vakay achieved the prestigious Accredited Status in the American Academy of

Cosmetic Dentistry in 1992. She is only one of 4 dentists that are fully accredited in the state of Virginia.

Dr. Vakay served 3 years on the Board of Directors of the American Academy of Cosmetic Dentistry (AACD) and is past- President of their local chapter. Dr. Vakay also served as Chairman and on the Board of Directors of the Association of Contemporary Dental Education for 2 years. Dr. Vakay has served as Program Chairman for the Northern Virginia Dental Society. She received the Media Award for Excellence when she served as Public Information Officer of Virginia for the Academy of General Dentistry.

Dr. Vakay is consistently voted among the Top Dentists in the Washington, D.C. area by Washingtonian Magazine and Northern Virginia Magazine. She was also voted into “The Best Dentists in America” and is listed in the “Who’s Who in Executives and Professionals”. She shares her knowledge and love of dentistry in her lectures throughout the United States and has published several peer- reviewed dental articles.

Dr. Vakay is an active member of the following organizations:

We are happy to share with you what our patients say about their experience with us.

Dr. Vakay is fabulous! She is the BEST dentist I have ever had.

I have always been a dental coward. When a tooth ache got very bad, I went to the Centreville Dental Wellness Center for help. This started me on a long period of processes, treatments and gentle care that has allowed me to overcome my fear and to bring my dental health back to where it is supposed to be. I can’t thank the staff at the Centreville Dental Wellness Center enough for their sensitive care.

I have been a patient at the Centreville Dental Wellness Center for approximately 15 years. I cannot offer enough praise for Dr. Vakay! She is without a doubt a top notch professional and accepts nothing but perfection in her work. She is by far the best dentist I have ever had. Thank you for your exceptional dental treatment and services!

Excellent practice. We were referred to them by a specialist that works with the Redskins . They are a class act. We recently made the switch for our kids from a pediatric dentist to Centreville Dental Wellness. Very happy we did. They are very kid friendly and did superior cleanings than the prior dentist. Highly recommend them.

This dental practice is absolutely wonderful. I have had multiple procedures and follow ups that have made me love my smile again! I have a lot of trepidation about dental work but this practice has made me enjoy the entire experience. My three year old daughter has recently become a patient as well and they were extra nurturing! Excellent practice! I travel from Arlington to continue to see them!